Howdy folks, today we’re going to go over the best methods for farming masterworks, specifically in the crafting sense, but also indirectly farming the random ones themselves.

Masterwork items are the highest level craftable items in Anthem, due to Legendary items not being possible to craft.

They are extremely powerful and while only 9 levels higher than epic items, at max level that difference is ridiculous.

Armor Reinforcement and Shield Reinforcement for a storm on Power 36 component items is 339 and 678 respectively, whereas a Power 45 storm component has 1492 and 2836 armor and shield values

This actually makes them worth using regardless of the tertiery stats the majority of the time for Grandmaster difficulties due to the sheer survivability increase.

Now to craft Masterwork items, you’ll need to unlock the blueprints, and Masterworks are on a different level to your standard common through epic.

While Masterworks are upgraded versions of the standard items you see, you still need the masterwork item itself first and use it to be able to craft it.

For weapons, it is really simple, just use that weapon to kill 10 Legendary creatures and it will unlock the masterwork blueprint.

It’s very easy to do this via a run or 2 of the Tyrant Mine or by just doing missions or world events on the higher difficulties.

For the Gear it’s a little more involved, you will need to complete 35 missions or world events with the item equipped.

Easy, just long, but considering how grindy this game is in general, which I personally like, it won’t take you too long and as with weapons, youll just get it done over time while farming Masterworks anyway.

Support, while gear, don’t have masterwork variants, so don’t worry about why they aren’t dropping for you, maybe theyll add them in the future.

Components are a tad of a ball ache, there is a single mention of Masterwork component blueprints in the Official Guide, getting them is a long long road, and you only get 8 total, which is 2 per Javelin type, so no universal Masterworks.

It would appear that Universal Masterwork components aren’t at all a thing, I haven’t seen any myself, the official guide doesn’t mention them in any way, and really, universal components are kind of trash anyway.

Which of the 2 per Javelin youll get, I have no idea, the requirements are to reach level 3 loyalty with each the Arcanists, Freelancers and Sentinels, and then get an additional 50,000 reputation with each of them, that’s an awful lot, and because of that, it kinda makes me think that these 2 per javelin are different to the 10 per we already know, or at least, I hope they are, both different and better, otherwise, why not just give us all 10 per javelin.

All that being said, that challenge is not listed in the game menu, or at least I couldn’t find it, or have not unlocked it yet, and there are a number of things in the guide that have changes in the released game, stuff like the Havoc was originally called Savage and a number of other things.

Anthem is a game that changes over time, so we may see the ability to craft them all at a later date.

So once you have found which weapons and gear you really want to go for, you’re going to want to focus your resources to obtaining that Masterwork with the best possible inscription that suit your playstyle and general build, this could very well require a huge amount of Masterwork Embers.

On the plus side, a Patch was released today that both lowers the quantity of Masterwork Embers required to craft a Masterwork from 25 to 15 and also improved massively the inscription generation making sure you don’t get stuff like an Autocannon buff on a Storm Component.

This is where the Harvest Bonus inscription comes in to play, you have likely noticed it if you are above level 20, why level 20?, well this inscription, at least unless the inscription system is completely useless, is a Major Secondary inscription, so will only appear on Epic or higher quality items.

The highest i’ve personally seen is 30%.

The reason you would not want 350% is because of the Luck support stat, which from everything I’ve seen also appears to be a Major Secondary stat, so you won’t get both on a single items unless it bugs, which has been happening with 2 versions of the same inscription, but I fear that will be fixed soon.

Luck is a stat that increases your chances of obtaining better quality loot, and it works with everything, so by stacking it, you are more likely to get Masterworks, Legendaries etc, this of course also applies to the Embers as what is the point of getting 4 embers instead of one if everything you loot is an uncommon ember.

Luck is capped at 90% extra however, and the highest I have seen is 35% (if anyone has seen higher than 35% luck or 30% Harvest Bonus, please let me know, it would be very helpful, a screenshot would be appreciated).

So the perfect Masterwork Ember harvesting setup would be 250% combined Harvest Bonus and 90% Luck.

This would net you 4 Embers per Harvest with the highest chance of gaining Masterwork Embers.

There is, however, an extra little thing at the moment, a bug or exploit type deal, usually, I am very against such things, but with how much of a mess my masterwork and legendaries are for their inscriptions, I’m finding it difficult to refuse.

This is that for some weird reason, having the Weapon Elemental Rage equipped will net you an extra Ember, this is separate to whether it has Harvest Bonus on it or not.

This applies to both Masterwork and Legendary versions of the weapon I can confirm as I have both, and you can indeed equip both and net an extra 2 with them.

So if you get an Elemental Rage to drop with 10 or more percent Harvest Bonus, you could make a build that drops 6 Embers instead of one making the current 60 embers per hour average projection going around reddit as a low ball number. 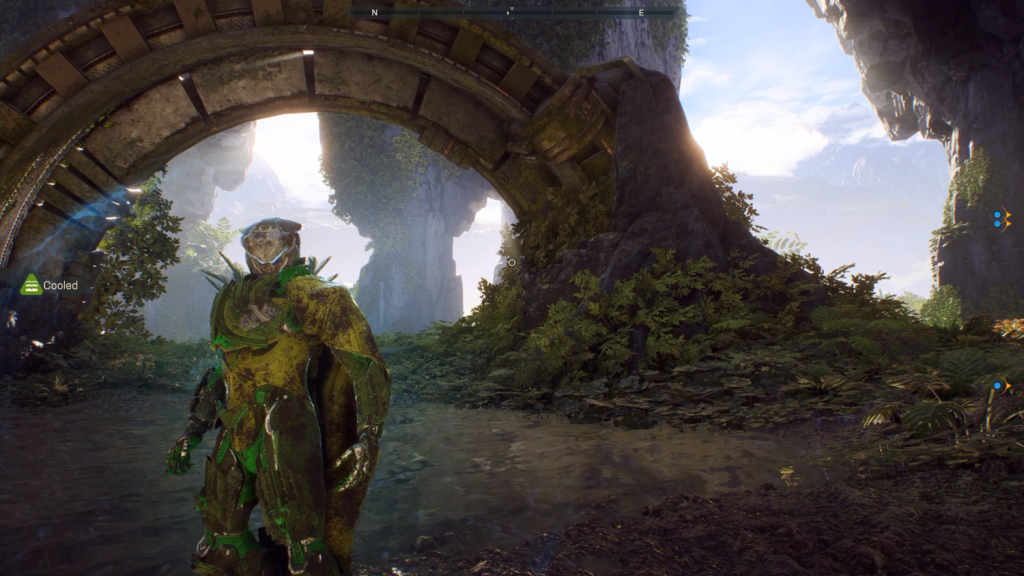 Now as far as building this monster farming getup, the best method would be to go through all of your items, yes, all of them, well, provided they are epic or better and look for the Harvest Bonus and Luck stats, note which items have them and for which Javelin and choose which Javelin you want to use this way, or just pick the one you prefer and start off potentially a little stunted, but don’t worry, you’ll get a build together quickly.

Once you know which ones, start crafting epic items to fill in the gaps, you are going to be crafting a lot.

In my crafting and testing, I went through a few thousand crafting items with few usable results, it’s all just RNG really.

Additionally, or Optionally, you should go into Freeroam, where you can both start using the build to great effect but also get more Epics in huge Numbers and Potential Masterwork and Legendaries from World Events.

If you already have a few Masterwork items, it is quite viable in all Javelins to Solo Grandmaster 1 world events, and if you can do it with a friend, all the better.

It will take between 1 and 2 hours on average to fill your 50 item limit for 1 expedition which does not include crafting materials, so be sure you head back at the limit and not find yourself with a Legendary item in front of you that you can’t pickup, that would be soul crushing.

Because of the massively advantageous addition of doing World Events while also farming Embers you should certainly still pick the best items possible for the job.

My farming Storm is far weaker than my Dungeon Storm, but can still just about get the job done

Going from Fort Tarsis exit to the Eddian tree will net you many Mineral and Flora nodes along the way as well as pass a few World Event spots, there are also Chest Locations along the way to (noted in the video above).

Dungeons in Freeroam are a fantastic place to find concentrated areas of nodes, more of them have clusters throughout than don’t so planning these into your route will be quite profitable.

Alternatively, you may just wish to study an Event Map, so you can just fly between the locations, checking for world events and harvesting between them for efficient farming.

Personally, I’ll be doing a whole lot of farming on all fronts and gathering at least 1500 Masterwork Embers before I start crafting the items, as the perfect Masterwork makeup, may just drop in the interim.

I hope this video has been helpful and informative, more helpful videos coming your way a little more often than they have been these last few weeks.

I’ve been working on a bit of a crazy guide for the last several days, hence no videos/written guides, so hoping to get that out asap, so if you haven’t already, think about subscribing to stay informed and share this video or article with friends or even just occasional acquaintances, sharing really does do a huge amount for the Xaine’s Worlds success.

Thanks for reading and have a fantastic day!